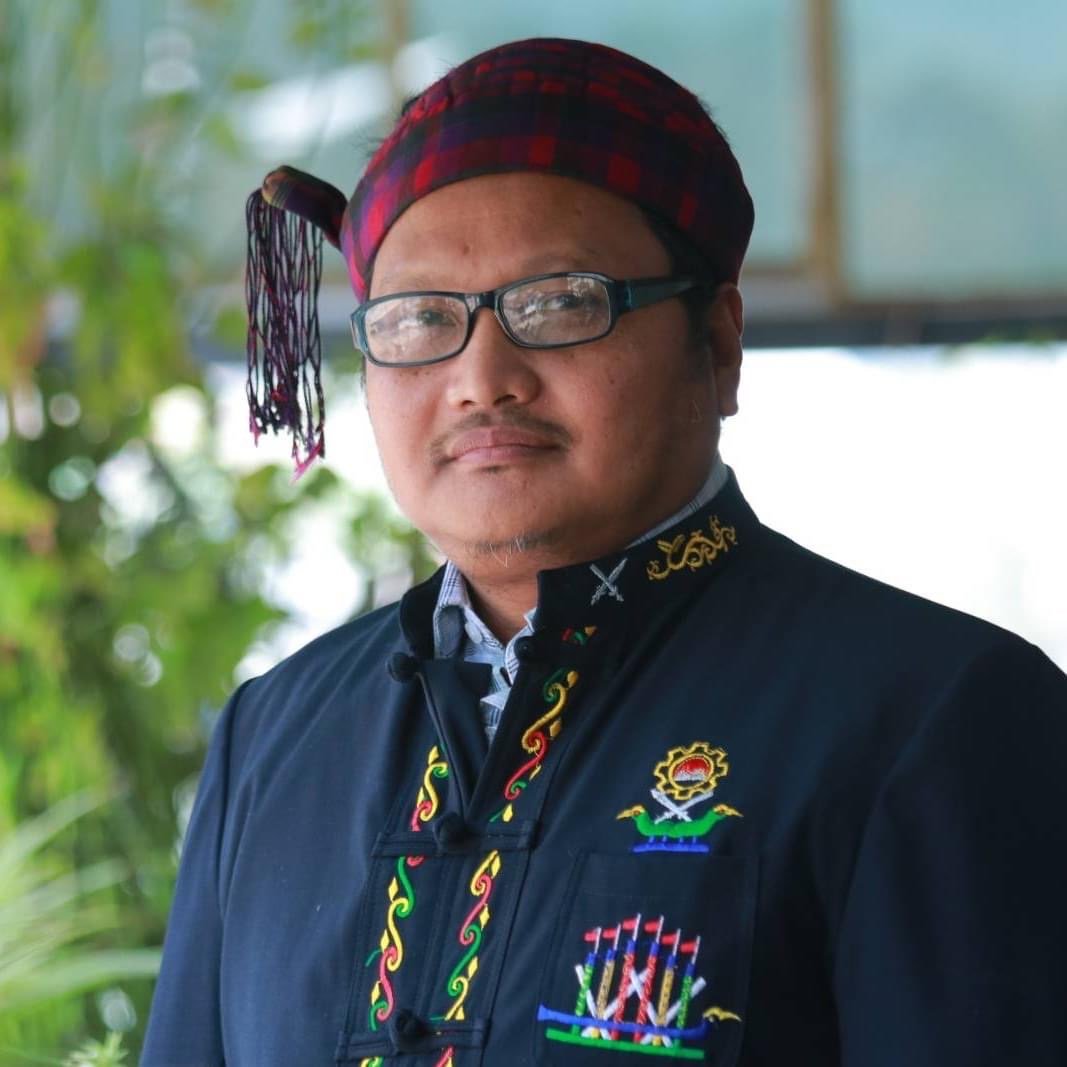 He belongs to Jinghpaw tribal group of Kachin ethnic. He is the descendant of Hkalen Duwa family, native to Hkalen Ga (a place in Injangyang as a ruin due to civil conflict). His father served at First Kachin Rifle (Katha) of Burma since Independence, and the family settled in Mayan village, Moegaung Township after his father retirement. His retired father was accused of food supply to KIA by No. 17(1) under the Unlawful Association Act (1908) and was imprisoned in Myitkyina Prison. At that time, with the lead by his mother, the family has settled in Myitkyina. At the time of settlement in Mayan village, the family solely relied on pension and worked on 10-acre farmland (inherited from the ancestors). However, that 10-acre farmland was confiscated by the Tatmadaw Artillery Battalion and is still used as a Mayan Artillery Battalion.

Throughout his life, he has witnessed the bitter experiences of his parents, who were forced to relocate to three new farms during the civil war, and the many experiences of military violence.

Under the military rule from 1993 to 1996 that followed after 1988, he served as a Secretary of the Kachin Literature and Cultural Committee of the University. At that time, he took part in leading role to publish the annual issue of Kachin Magazine in Kachin language, and resented the censorship restrictions on ethnic literature. Since that time, he studied political literature, especially political literature related to Myanmar and ethnic histories that were not included in the curriculum.

He got the Bachelor of Science in Botany from the Myitkyina Degree College (Mandalay University) in 1998, and Master of Divinity from the Myanmar Institute of Theology (MIT), Insein. After that, he served as a Pastor, Youth Director, General Secretary of the Church at the Shatapru Baptist Church. Since 2007, the 2008 constitution has been opposed to, and he has been conducting awareness training to young people. Therefore, he was on the Watch List of the Bureau of Special Investigation (Myanmar), and the warning notice was sent to him. In January 2010, while comedian Zargana (Maung Thura) was imprisoned in Myitkyina Prison, he helped the documentary crew of the film “This Prison Where I Live” which is about the biography of the comedian Zargana. Because of that, he had to flee and take refugee in Thailand. During that time, he had a chance to get post-graduate degree “Master of Rural Development Management (MRDM)” at Khon Kaen University, and continue his study in “Social Science” as a PhD candidate at the same University. In 2017, he joined the Doctor of Ministry Program, which is jointly organized by MIT and Central Baptist Theological Seminary (Kansas, USA), and had a chance to take “Peace Study” course and get the doctoral degree in 2019.

In addition to activities in the congregation, he has several experiences as follows:

Besides, his international experiences include visiting Europe, Australia, USA, and ASEAN countries where Kachin people mostly live, as a trainer or an observer. Moreover, he participated as a research presenter for “Myanmar Democratization and Prospect Ethnic States” at the International Geographical Union (IGU2013) Regional Conference in Kyoto in 2013.

Right now, he was a liaison officer for Media and a member of Think Tank Group at Kachin Political Interim Coordination Team (KPICT), recently formed on 15 March 2021. Currently, he has been assigned as a Union Minister for the Ministry of Natural Resources and Environmental Conservation of the National Unity Government of Myanmar.

About us
Search
Sitemap